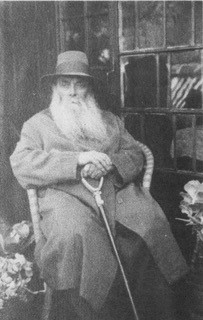 The history of Heywood House is a fascinating one, spanning over 400 years, with an interesting array of previous owners each with their own story. But what of the large number of individuals who worked here at Heywood House? Who were they? Come and discover the Victorian Gardener Thomas Sharp.

Gary Marsh visited us in October 2021 for a special tour of Heywood House, to view the grounds and parklands that his great, great grandfather would have once been responsible for maintaining. “He seems to have been a character, as you can see from the photograph.” Said Gary, “He became very interested in growing orchids, perhaps this started at Heywood House?”. The Conservatory used to be called the Palm House, so we also wonder whether it could have been used for orchids too! The photo on the right here shows him surrounded by several orchids, which are clearly thriving!

The Ordnance Survey Map of 1887 (below) reveals details of how the gardens were landscaped in Thomas Sharps’s time. The glass roof of the Conservatory can clearly be seen to the west of the Mansion. The Walled Garden is visible with several glasshouses scattered around the edges, likely have been used for growing vegetables and fruits. The layout of the fountain in the walled garden and the walkways which are no longer present may well have been designed and formulated by Thomas Sharp.

The Census record of 1881 shown here reveals the vast array of staff that helped run Heywood House in the 1880s – there were more than a few people on the Landlord’s team in Victorian Times! The writing can be a little hard to read but if you see where the individuals were born they were from a variety of places, including the Lady’s Maid being born in Paris. 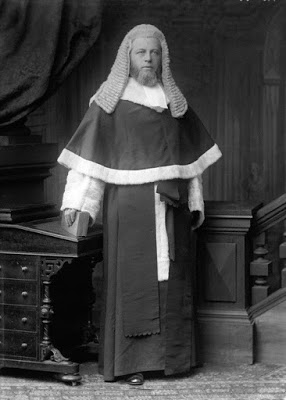 In 1881, Heywood House was owned by MP for Launceston and then Frome; Judge at the High Court of Justice; Lord Justice of Appeal; Privy Councillor, Henry Charles Lopes, 1st Baron Ludlow. In 1854, he married Cordelia Lucy Clark and together they had one son and five daughters, four of which you can see are listed on the 1881 Census.

Lord Ludlow owned the house until his death in 1899, when the estate was then passed down to his only son, Henry Ludlow Lopes, 2nd Baron Ludlow.

Henry Ludlow would go on to own the Heywood estate for 23 years before his passing in 1922 following on from an unfortunate hunting incident. Although he married twice, both marriages were childless and inevitably the barony became extinct on his passing. 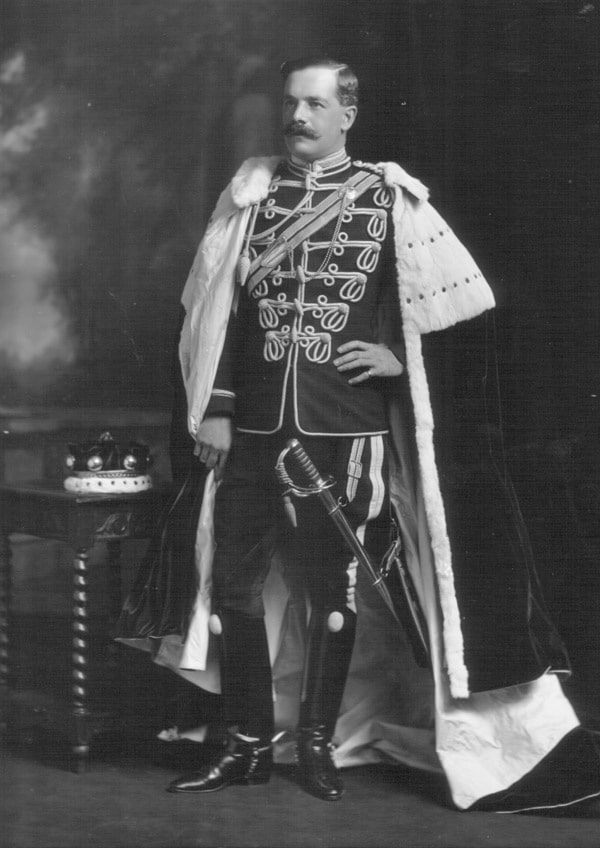 It is truly remarkable to try and imagine what Heywood House would have been like back in those days, and the huge amount of work that would have been required to upkeep the house and grounds. As you can see from the Census, the Ludlow family certainly had a vast team of maids, butlers, gamekeepers, farmers, and gardeners to help keep everything ticking along at Heywood!